The AM16/32B multiplexer significantly increases the number of sensors that you can measure with a Campbell Scientific data logger. It interfaces with the data logger and adds terminals so that you can wire additional sensors of almost any type.

Depending on sensor type, the AM16/32B can multiplex 16, 32, or 48 sensors. Up to six AM16/32Bs may be connected to the same data logger, depending on the number of control ports and analog inputs available.

The AM16/32B either multiplexes 16 groups of four lines (a total of 64 lines) through four common (COM) terminals. Alternatively, a manual switch setting allows the AM16/32B to multiplex 32 groups of two lines (also a total of 64 lines) through two COM terminals. A cable connects the common terminals to data logger analog inputs, excitation channels, or ground as required by the sensor. The data logger controls the multiplexer using two control ports, or one control port and one excitation channel.

The equipment is protected from electrical surges using gas tubes on all inputs. A 35 V varistor is connected between the shield ground and ground lug to provide surge protection. The Reset, Clock, and +12 V terminals are protected by 18 V TVS diodes.

Note: The following shows notable compatibility information. It is not a comprehensive list of all compatible or incompatible products.

A series of data logger instructions control the AM16/32B operation (measurement instructions that are repetitive are generally contained within a programming loop; in the CR800-series, CR1000, CR3000, and CR5000, this functionality is available in the SubScan instruction).

The maximum number of sensors multiplexed through one AM16/32B depends on the type(s) of sensors measured. For example, assuming identical sensors, the AM16/32B can multiplex up to:

The AM16/32B draws less than 210 microamps quiescent, 6 milliamps active—so power considerations are heavily tied to the percentage of time in quiescent versus active states. Use of a relay address can reduce power consumption by minimizing the time spent in an active state.

The AM16/32B operates in most field conditions but requires a non-condensing environment. A weather-resistant enclosure equipped with desiccant is required for field use. A smaller enclosure is often used if the multiplexer is housed at a distance from the data logger.

LoggerNet, PC400, and ShortCut are compatible with the AM16/32B. Short Cut software (available at no charge from our website) supports simple programming and generates wiring diagrams for AM16/32B applications; early versions of Short Cut did not support multiplexers. Please reference the notes in the compatibility table for data loggers. 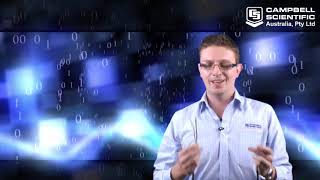 Wiring a Datalogger to a Multiplexer - 7:18 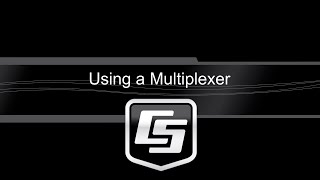