In the past, Campbell Scientific's data logger EC programs roughly estimated fluxes, and PC post-processing software was used to fully correct the flux measurements. Now with the EasyFlux® DL program, fully corrected fluxes are processed by the data logger and reported at the end of each EC averaging interval.

To download EasyFlux® DL, refer to the Downloads section.

*It may be possible to add non-standard sensors to the program upon request and for a fee. 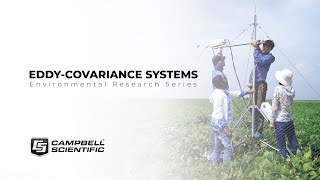 Considerations for Your Campbell Scientific Eddy-Covariance System: A Webinar - 30:07

Other Accessory for the following products:
This Product Replaced